Divorces can be extremely time consuming and expensive or can be fairly inexpensive without getting too messy. If divorce is either through mutual consent or there is an agreement reached between the spouses over the child custody and maintenance (if any) and division of properties, the process turns out to be fairly simple with the filing of a few documents in the family court and the decree is granted in less than twelve months of filing the separation.

In this process, even the money spent is very low just the essential legal fees as compared to the money fished out over a lengthy and messy legal battle if the spouses fail to reach an agreement over child’s custody and property division or are not reasonable enough to let go.

Family law works on the principle of natural justice like the equal splitting of acquired property during the course of marriage or child custody granted keeping the best interests of the child into consideration. To put it in simple words, it can be said that Family law is pretty much one of the simpler branches of law with legislative provisions that are modern and relatively new due to its constant and consistent amendments. And so are the numerous Family and Divorce Lawyer in Oakville soundly updated and empathetic.

Depending upon what the clients demand, the lawyers act. For a divorce and separation agreement that is on the lower end, the Family and Divorce lawyer in Oakville would be spending much less time on drafting the agreement and negotiating the divorce to make sure everything is ticked in a fairly quick time range. However, if things go on the higher end then the affair would definitely turn lengthy and time-consuming.

Some tips that help save a ton of money are-

Catherine Abraham and Joyce Gram in collaboration with the BC Confederation of Parent Advisory Councils have produced a extremely useful toolkit for families to assist them in the development their child’s IEP with the school. Please click on the link below for the guide. 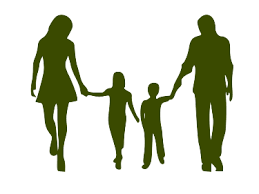